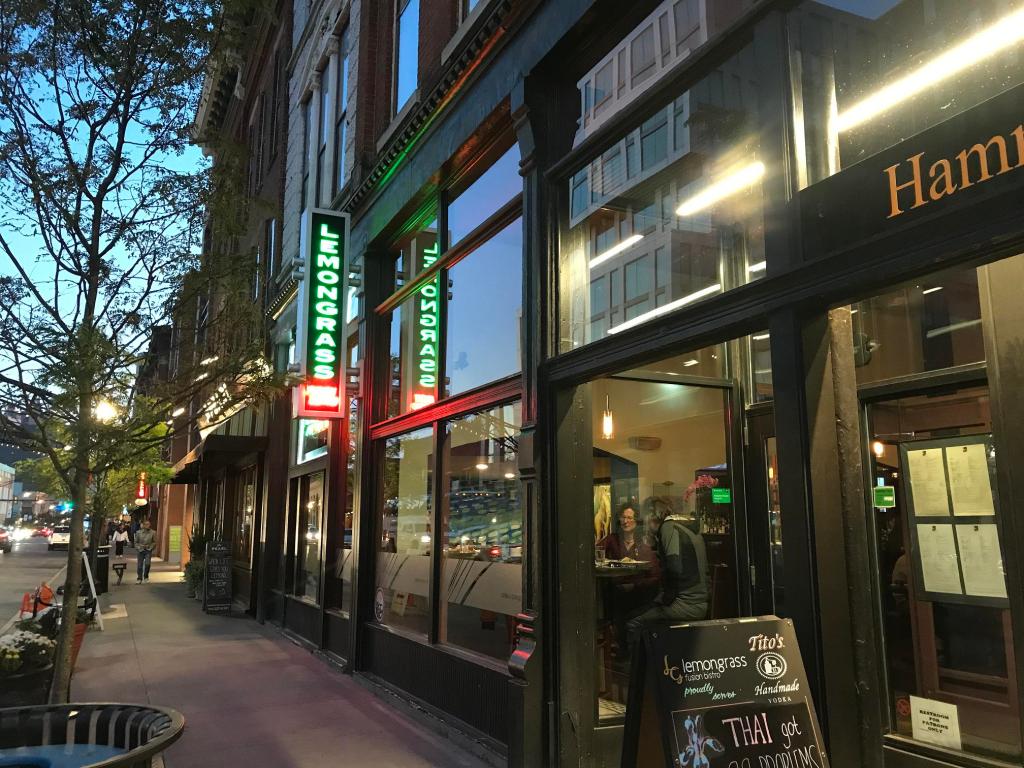 The Short North has seen a massive influx of new restaurant concepts and top-notch restaurateurs open its doors in the past few years. Comparatively speaking though, this restaurant has been around for an eternity. The combination of Thai and Japanese menus, centered around good sushi and finger foods has definitely kept it distinctive amid the more American focused menus that have popped up to the north and to the south. I think for that reason there are not many similar Asian restaurants springing up to challenge this one for his dominance. With good reason. This restaurant is a gem.

Sushi is the thing you have to try on the menu first.

The ambiance of the restaurant tends toward more casual, thanks in part to the cavernous interior that is very welcoming to the small groups and the couples, both of which tend to hang out around Short North at dinnertime. This place is more popular though because it’s probably the best sushi and Asian cuisine in the district and not insane on pricing.

There’s staying power in this restaurant and it’s kept up well for its place in the Short North. The prices aren’t bad nor are the crowds, if you know when to go. But go you should.