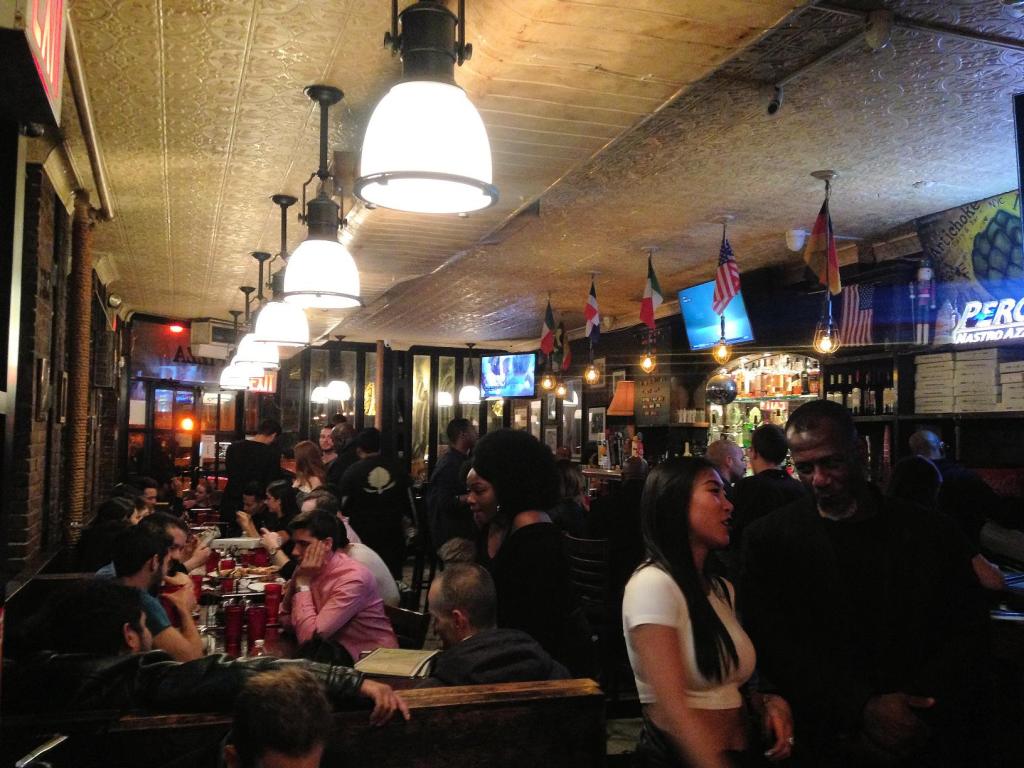 In New York City, Pizza places are extremely common. There are probably a thousand of them. Pizza places that are open late aren’t particularly uncommon either. But it’s not difficult to find a pizza place that is so popular, even late at night, that it has its own bouncer. Such is the case with Artichoke Basille’s Pizza. This spot, both a dining option and a carry out line routinely out the door even as late as four in the morning on weekends, and its success has since meant it expanded to locations around New York and even opened a new spot in California.

If you can stand the crowds, grabbing a slice of that delicious pizza is a worthy experience. 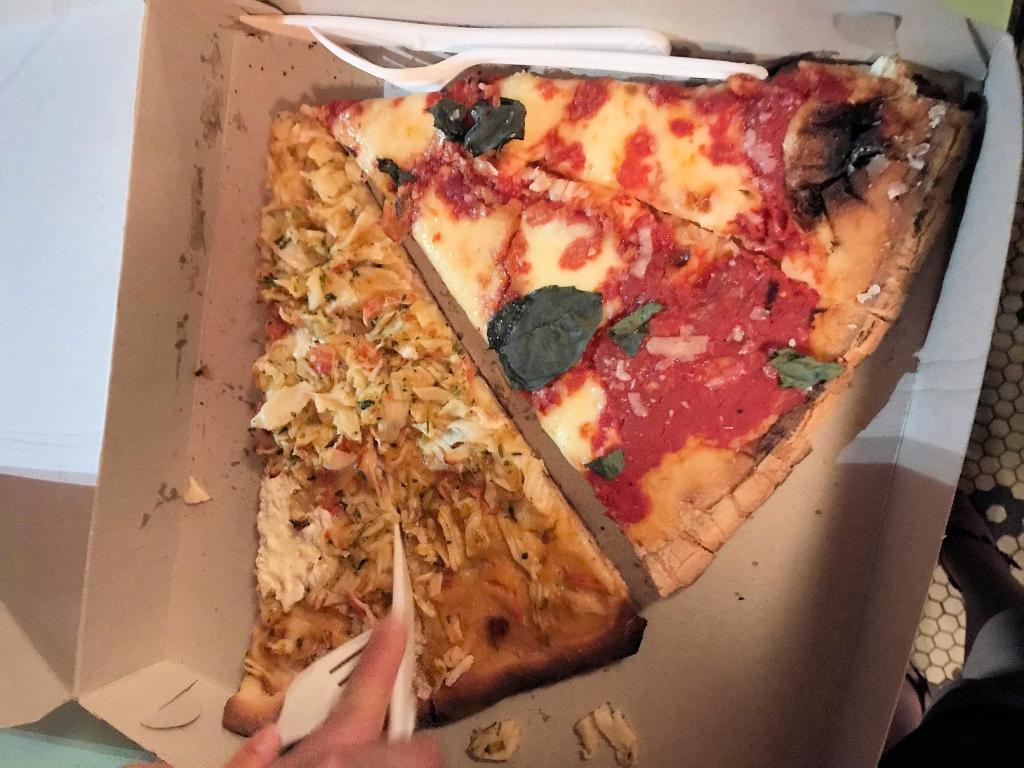 People come here for pizza by the slice, topped extensively with a host of unusual ingredients. Some of the things I tried:

So the thing to really understand about this place, or at least the one on 10th Avenue, is that it sits close to a pretty active nightlife scene in New York City. No less than three nearby clubs draw massive crowds on the weekends. Therefore, a lot of those people stream here at the end of the night. So it can be kind of an aggressive place. A bouncer guards the door to make sure not so many people go in at a time, making it clear he doesn’t care if you’re cut in line. One could argue that is precisely what promotes aggressive behavior, but hey, it’s how they want to run the place.

At the end of the day, pizza is pretty good. And the prices are pretty good, and the place is pretty convenient. I would think of this as an experience that’s worth trying. Another bit of interesting New York nightlife.