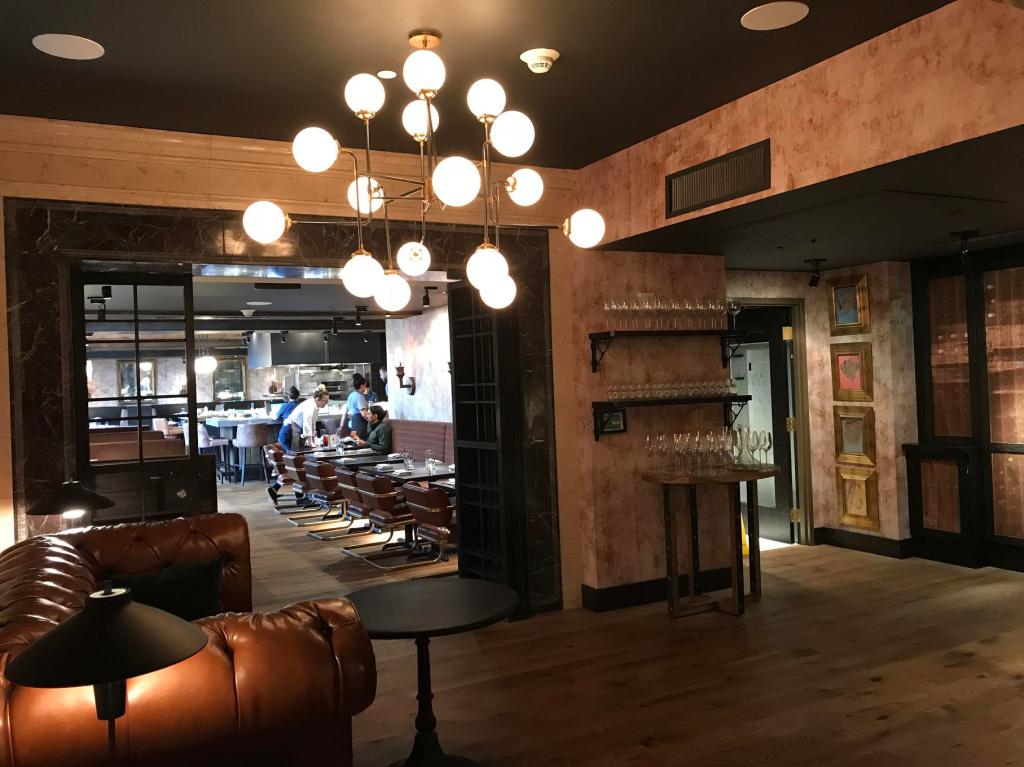 The very historic LeVeque Tower in downtown Columbus has recently completed a renovation that has giving new life to the beautiful building, and one of the notable additions has been The Keep. A “modern French brasserie” that brings a very contemporary space and adds a substantially stylish menu of sandwiches, seafood and finer dining. There are a burgeoning number of restaurant to enjoy in downtown Columbus, but this one has very quickly attracted attention and gained high acclaim from the local media. To be certain, that kind of acclaim is well deserved.

Environment is very important in restaurants, but it’s even more so important when the restaurant is inside a historic structure. LeVeque Tower Was built in 1926 and that beautiful Art Deco building has turned heads in downtown Columbus for decades. In 2017, it got a contemporary refresh and a major renovation that brought this restaurant and as well as a hotel in some residences upstairs. So the environment of this place? A work of mastery.  It feels contemporary but that beautiful history is shining.

The LeVeque Tower has a certain elegance to it. Of all the skyscrapers in Columbus, this one is the most distinct and it has that wonderful history to go along with it. When the space was renovated for modern times, it took a deft hand to honor that while making it relevant today. I’m glad to see that care extended to the menu as well. Give this place a try.