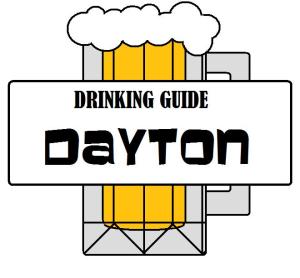 Dayton’s got a craving for microbreweries.

Craft beer and breweries have been on a strong upswing in Dayton over the past few years, and I’ve been here to watch as they set up shop, one by one. Where do you find craft beer in Dayton, and what do you drink? I’ve made my way to all of the breweries and sampled what they have to offer.

Here’s Another Food Critic‘s directory of brews in Dayton. I’ll come back and update as more breweries open!

With scenery, workers and a brewing style that hearkens to the 1850s, give Carillon Brewing a try if you like a bit of history to go along with your beers. These styles are a bit unusual, but then again Carillon isn’t your average craft beer shop. Not only is this a spot for drinks, but some delicious German food is in store as well.

The first microbrewery to open in Dayton, the Dayton Beer Co. has tried a lot of different beer styles, many of which are inspired by different moments in Dayton history. The small tasting room is pretty commonly full, and the parking lot seems to always be filled with a food truck or two when it’s open. Expect to see more from Dayton Beer Co.

Here’s a spot where you can brew your own beer, with brewmasters offering hands-on lessons and recipes to help inspire you. If you prefer thicker beers, this place has a great range of them. I was iffy on the smokiness of some of them, though.

The co-op Daytonians really love downtown, this spot is very popular with the community. It’s got a pretty simple list of beers to tap, and it’s got a selection of some other great craft brews from around the region and state. Fifth Street goes for a few different styles of beer, and all of them are pretty safe choices.

Currently the only brewery north of town, this spot across from the airport is one of several on this list with a distribution of its beers in taps across the Dayton area. Look to this spot for some good darker beers. Also, look to it as one of the few breweries that prepares its own food.

Tucked away in a Centerville strip mall, Lock 27 is a good spot for the craft beer fanatic. It’s got some house beers on tap and a lot of other microbrews from around the state. Look to this place for some light cuisine that elevates the flavors a little bit.

This Mexican cantina-themed dive has a good eye for interesting flavors of beers, as well as a colorful interior that’s hard to forget. Come here for unexpected flavors like a Mexican-style lager and a sweet IPA with a subtle hop. Stay for the good food, lively interior, and great staff.

In the old Peerless Mill site, the Star City Brewing Co. is set in a low, tavern-like spot, Star City is a popular destination for the local food truck scene, and it’s also a great reason to visit the otherwise out-on-the-way downtown Miamisburg. Look for great seasonal beers here.

Built out in a former industrial site, Warped Wing was built to produce beer on a large scale. The spacious interior is a friendly place to socialize and the small but growing collection of beers has a lot of flavor to offer. It’s a vibrant boost to downtown Dayton.

Set in the small town northeast of Dayton, this brewery has quickly become a big name for the beers it sells around town. A lot of great, citrus-like flavors and a pretty big range of beers to be tried at Yellow Springs. I suggest making a day trip of it, visiting the tasting room after wandering through Yellow Springs.

Keep an eye out! More microbreweries on the way!

One thought on “Drinking Guide: Breweries of Dayton”