Right along the major Graceland Boulevard shopping district in northern Columbus, the China Garden Buffet sports a huge set of options for a lunch and dinner buffet of all kinds. The place is fairly straightforward; lunch is $6 and dinner is $9 for access to at least a hundred options of various kinds. You name it, it’s here, this place has quite a wide range of selections and I can’t imagine a more well rounded menu. For all of the options, I’m not sure anything stands out as particularly outstanding. 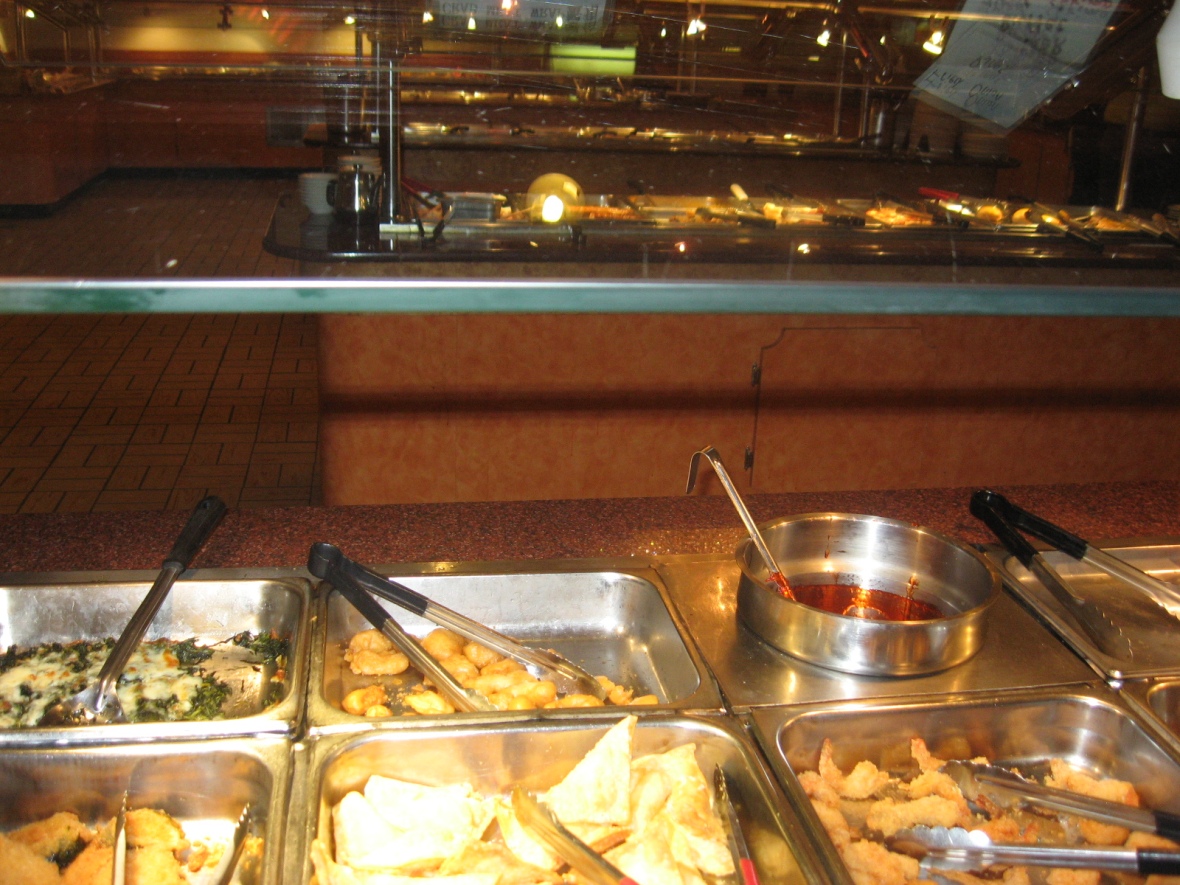 As is the spirit of a Chinese buffet, the place has quite a number of different dishes and varieties of preparation method. The chicken items are cooked well, most are seasoned very pleasantly and none is too overwhelming. Many of the flavors are basic, though, and they seem to lack a genuinely specialized taste. The General tso’s chicken tastes like they just poured a bottle of sauce into the chicken. The honey chicken just tastes like honey sauce. Some of them really shine though, such as the well-done Orange chicken, with a distinct Mandarin sauce.

The place is really special in its wide variety of seafood. Not only are the typical crab and shrimp dishes present, but clams, scallops, squid and octopus can be tasted, as well. The quality of these depends on the preparation method. While the clams and scallops are good all around, the squid is great in the fried version, but the steamed version is almost intolerable, it’s over seasoned and tastes far too fishy. For the down-to-earth type it’s not attractive. Normally I like to encourage trying new things at a restaurant, but the cold seafood section might require skipping. Even the sushi is a little trite.

The other items are similarly lacking in flavor. You don’t have to be creative with things like crab Rangoon and stir fried vegetables, but the flavors in these were lacking. Sure, there are a lot of things to try, but none if them seemed good enough to merit going back to the buffet to grab another plate of it. I imagine that’s good for a buffet, but it shows a lack of mastery of the dishes overall, which makes it kind of unattractive to think the only way to enjoy your meal is to avoid too much of any one thing.

The service here is good and the people are very polite, though they seem very stringent about you wasting your food, so prepare to be chided if you don’t clean your plate. Other than that, the contact with the workers is minimal. This is a nice convenient buffet to visit, and I suggest it as long as you try the right stuff.