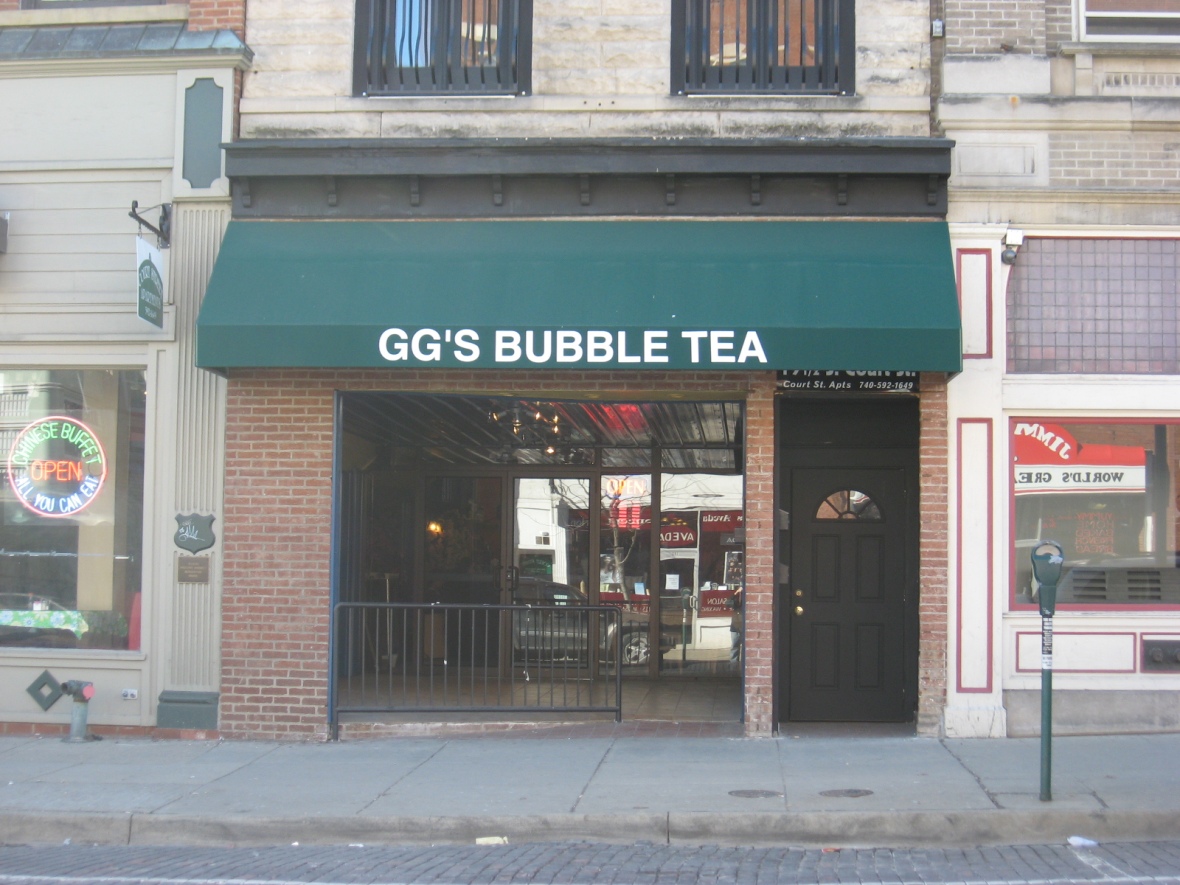 Brand new to the Athens area, GG’s Bubble Tea opened this past fall, replacing a bar at the same address. Its signature product is actually a Taiwanese beverage which has been creeping into American via small shops such as this one opening up in larger cities. The store owner, John Ballard told a local paper he feels Athens is the “perfect spot” for a new bubble tea store.  College kids like those found at Ohio University are particularly open-minded, and some international students may be reminded of home.

I’ll admit, I’ve never been to a bubble tea store. Like many of the OU students who wandered in, I was more intrigued than anything else to give it all a try. I have to say, the bubble tea is an acquired taste. Though it grew on me with every sip, by the time the last drip of bubble tea passed through the straw I wasn’t quite sold on the whole idea quite yet.

I gave a sip to the smoothie alternatives GG’s offers. The smoothie is a little thick and undermixed; I didn’t like how little the ice was actually ground up. Unfortunately it meant my smoothie wasn’t all that great. I wouldn’t necessarily call this a trend; I’m sure that such a new operation is prone to a few rough edges, especially when run by college students, but it should nevertheless be said a little more rounding out needs to be done.

And therein lays the biggest challenge GG’s faces. If you’re not adventurous enough to try bubble tea, there are few other options to attract you here as opposed to anywhere else. There are a wide variety of bubble tea flavors and varieties of other smoothie drinks and teas. There is exactly one food item on the menu as of this writing: waffles. There are a few syrup flavors to go with them but…waffles? With Taiwanese tea? That’s a very strange combination. And it doesn’t fit at all.

The business owner has indicated in interviews he has confidence the bubble tea will quickly gain a cult following in Athens just as it has in other, larger cities. But the simple draw of something unusual isn’t a sustainable business model by itself. GG’s needs some kind of food. Sandwiches, maybe, or some of Taiwan’s well-known seafood cuisine would establish something to attract a wider audience to the small tea house.

As it stands, I just can’t feel like there’s anything else to draw me back. Call me uncultured, but I can’t shake the feeling even my adventurous palette has tried all this place has to offer.